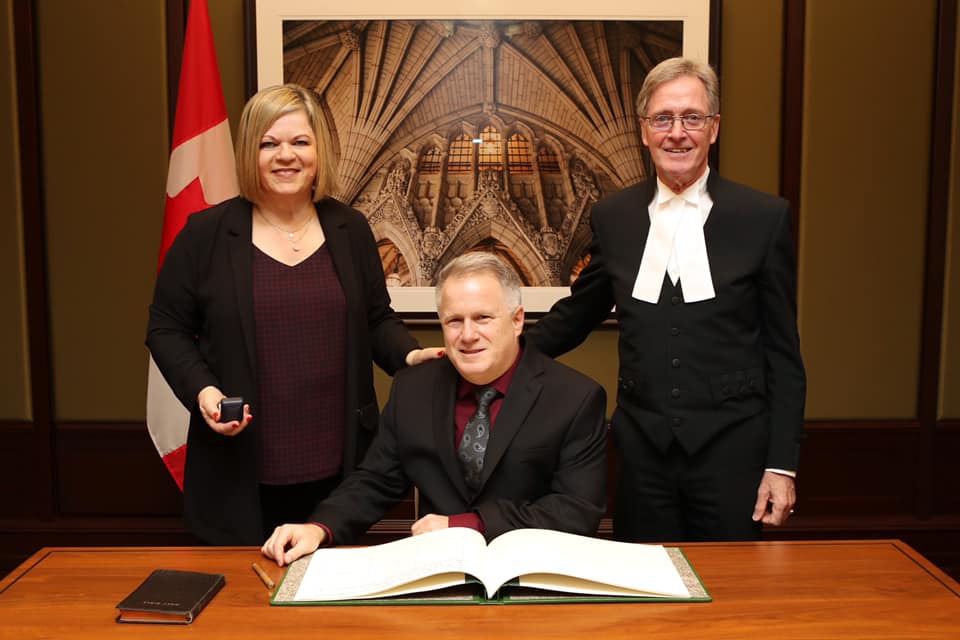 Marc was born in Germany when his father was stationed there with the Royal Canadian Air Force and grew up on military bases across Canada.  Marc served in the Canadian Armed Forces Reserves and is a member of our local Royal Canadian Legion, Branch 88.  Marc believes in an effective armed forces.

Marc is French-Canadian on his mother's side and is fluent in the language. He also converses in Spanish. Marc is Metis on his father's side and he is proud of his indigenous ancestry.

Since his youth, Marc has always cared about the less fortunate.  For years he volunteered with a non-profit faith organization reaching out in Central America and Canadian inner cities. Marc later became a pastor in the Vancouver area.  Marc believes in volunteerism and helps out at the Friends in Need Food Bank, the Salvation Army and on the leadership team of his local church.

Marc has a Bachelor's of Arts degree in French and History from Simon Fraser University and a Master's in Educational Leadership also from SFU.  He has also attended the British Columbia Institute of Technology. For a decade, Marc was a member of the Teamsters working in the SFU Athletic Department while doing his studies and raising a family.

Marc is a teacher in the Pitt Meadows-Maple Ridge school district. He began teaching in the district in 1993 and has instructed at both the elementary and secondary levels. Young people are important to him and are our future.

Marc and Marlene have three adult children, Hannah, Justin and Simone - plus a daughter and son in law, Kate and Chris.  They have lived and worked in both Pitt Meadows and Maple Ridge. They know both communities very well.

Marc is serving on a variety of Parliamentary Committees for the Official Opposition.

"Since I was a youth, I've had a heart for the less fortunate.  I remember talking with this man in downtown Edmonton. He had been a successful businessman before losing control of his life to alcohol. I've always been motivated by a desire to see people lifted up"

Lending a hand at Friends in Need Food Bank

"Always enjoy volunteering at FIN food bank.  It's a great organization that helps many hundreds of people in our community"

Here with young wheel chair basketball athletes at one of our secondary schools.

After taking a walk in support of our local SPCA

Placing sandbags at Katzie under threat of flooding

Ringing the bells for the Sally Ann

"I've volunteered for the Salvation Army for many years.  I know many people whose lives have been transformed through their work"